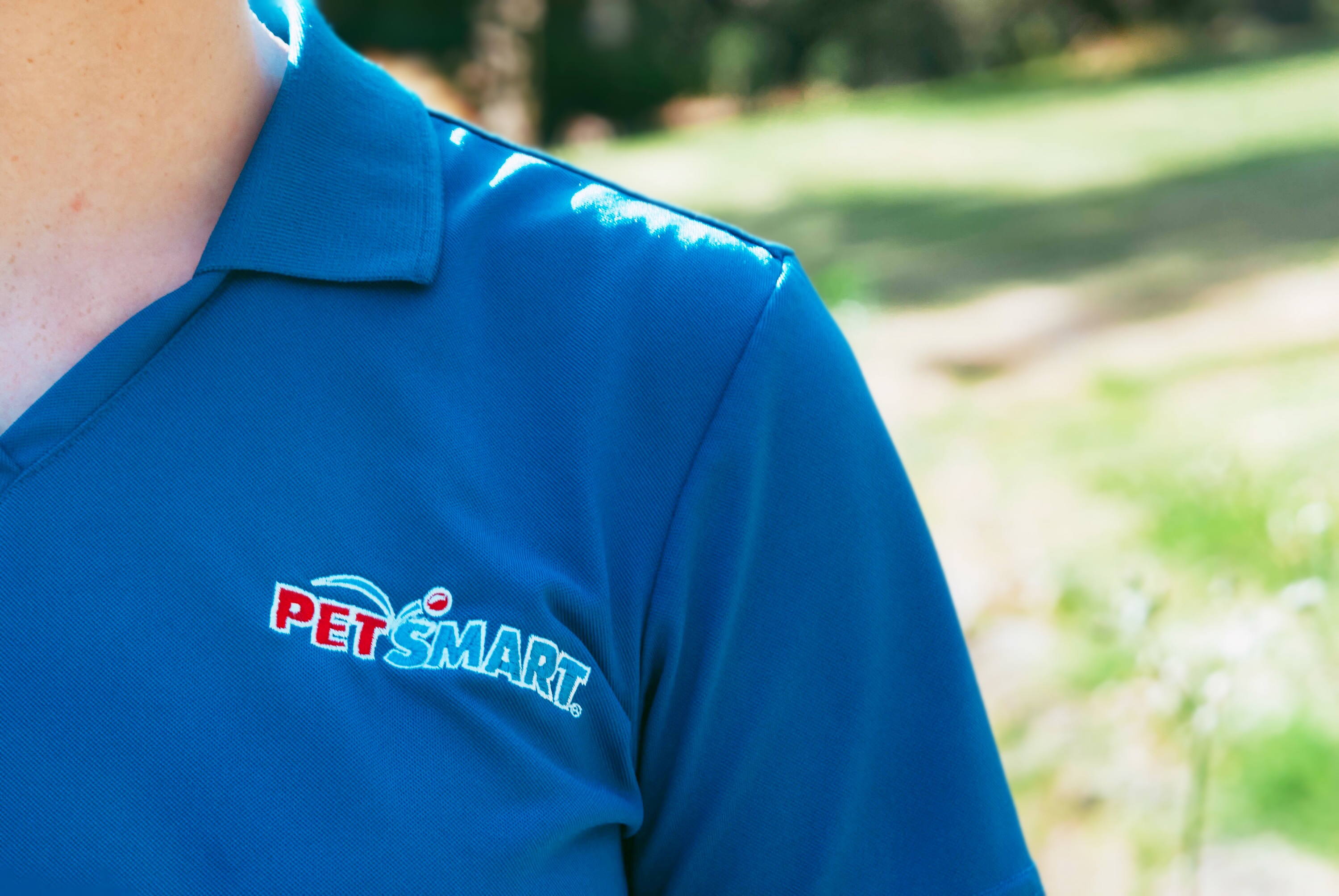 “Do you have a phone number with us?” I ask, my hands poised over the number pad on the register.

“Yeah I might. Wait, where am I? Petco? PetSmart?” the customer asks.

“PetSmart,” I answer with my classic retail-friendly smile.

Yes, I know. No one else gives a crap about the trivial differences between pet stores with similar names. I didn’t even care until I started working at PetSmart over a year ago. Now, it stings a little every time someone mistakes our store for a –co instead of a –smart.

I work in the Pet Care department. I feed the animals, clean the habitats, bag the crickets, scrub the fish tanks, catch the fish, scoop the litter boxes, clip the birds’ wings and take care of the dead animals when you return them. I might take more care of the pets than the employees are taken care of. There are gross, tiring and frustrating aspects to my job that customers don’t see.

“It must be great working here. If I worked here, I would just play with hamsters all day,” a customer said to me once as I poured hamster pellets into one of the habitats.

Oh you sweet, naive soul, you have no idea. Don’t be fooled by their plump, furry cheeks and tiny hands; hamsters are one of the worst pets to handle at our store. They’re fast, temperamental and quick to bite. Want to hold a snake? A bearded dragon? A cat? No problem. All my other coworkers agree. “Yeah when lizards bite it doesn’t hurt, birds are kinda bad, but hamsters are the worst,” one of them told me. Another even turns down requests to hold hamsters unless the customer is seriously interested.

One day, two teenage girls entered the automatic sliding glass doors in t-shirts and jean shorts. The taller brunette held the leash to a french bulldog wearing a red harness with a backpack. They talked and giggled as they headed straight to the animal habitats. I stood at the front, exchanging tired looks with the cashier and sighing. “Awww, they’re so cute!” I heard one of them squeal loudly.

I leaned over to the cashier and whispered, “I really hope they don’t want to hold a hamster.”

The other blonde girl hurried to the front. “Can we hold a hamster?”

“Yeah, sure!” I switched on my smile and followed her back to the habitats.

“Can I hold that one?” The brunette pointed to a fat, fluffy Syrian hamster in one of the top habitats. I wheeled over a metal stool, turned my key in the habitat to slide it out and opened the top. The hamster blinked its beady eyes open from a nap as I uncovered him from the bedding. Implementing my routine method to avoid hamster bites, I flipped his plastic hut upside down and scooped him up with it like a ball of chocolate ice cream.

As I stepped down from the stool, I almost squashed their dog with my foot. The girls had tied the leash to the stool without me knowing. I awkwardly maneuvered myself down to a spot uncrowded by dogs or teenagers.

“Just be careful around his mouth,” I cautioned. The girls poked and pet the hamster as I held the hut close against my body. I tilted the vessel accordingly to prevent the little rodent from falling out as he scurried back and forth and teetered off the edges with his front paws, looking for an escape. He would rather fall from the human-equivalent-distance of a second story roof than endure this torture.

“Why does he have to be in that? Can’t we just hold him?” the brunette asked.

“When we went to Petco they did the same thing with the hut. She was scared of it though, she just said ‘here’ and gave the whole thing to us,” the blonde remarked.

The drive to prove my bravery superior to the Petco employee momentarily overpowered my fear. “Umm… yeah, just let me try to hold him first to make sure he’s okay,” I said, sliding the fluffy ball into my hand and setting the hut on the stool. I cupped him against my chest as he squirmed around. He bolted out of my grasp, but I grabbed him by his rear end before he could plummet to the polished concrete floor. He whipped around and pierced my finger with teeth like needles. Only with a flinch, I dropped him into the hut, climbed the stool, and threw him back into his dwelling.

“Wait, did he bite you?” the brunette asked.

“Oh yeah, but it’s okay. It’s happened before,” I dismissed, pressing my injured pointer finger against my thumb behind my back.

“I don’t want that one,” she said, “can I look at this one?” She referred to one of the lower habitats. I opened the top of it and let them stick their hands in since this one was low enough to reach down. The girls fawned over the new hamster and laughed and talked. My finger throbbed. In my peripheral vision I saw a patch of deep red on the floor behind me. A stone dropped in my stomach. The finger behind my back had dripped a pool of blood the diameter of my head. Maybe they won’t notice, I thought, maybe they’ll be done and leave so I can clean this. I shuffled in front of the puddle to block it as droplets continued to hit the floor.

“Okay, can I get this one?” the brunette said. My face felt white and I shook a little.

“Oh, okay. Umm… I’m actually bleeding, I didn’t notice before,” my voice quivered, “so I’m just going to get a bandaid, but I’ll be right back with the box and the paperwork too.”

“Oh my god, are you okay?” the girls gasped when they saw the blood.

“Oh yeah, it’s alright,” I laughed and hurried away. I washed my hands under the sink behind the Pet Care door, scurried to the first aid kit in the front office to slap on a bandaid, grabbed a cardboard box and the paperwork under the fish tank podium, and returned to the hamster habitats. “You just need to fill your information out and sign at the bottom.” I handed the clipboard to the brunette.

“Umm… are you going to clean that up?” she said with a hint of attitude, pointing to the floor. No, I think I’ll just leave my blood there, maybe it’ll be a cautionary tale for others.

“Oh yeah, of course. I’ll be right back.” I speed walked behind Pet Care again to snatch a roll of paper towels and a spray bottle of Virex and came back. Kneeling down and wiping my own blood off the floor, I chatted with the girls while the brunette completed her paperwork. They asked again if I was okay. “Yeah I’m fine. I’ve been bitten before, but this has never happened before.”

I scooped the other hamster up, secured him in the cardboard carrier, and handed him to his new owner. “Alright here you go, you’re all set.” They thanked me and left. After all, I did put my blood, sweat and tears into helping them. I’m still impressed they were brave enough to buy their little friend after witnessing the carnage he could be capable of.