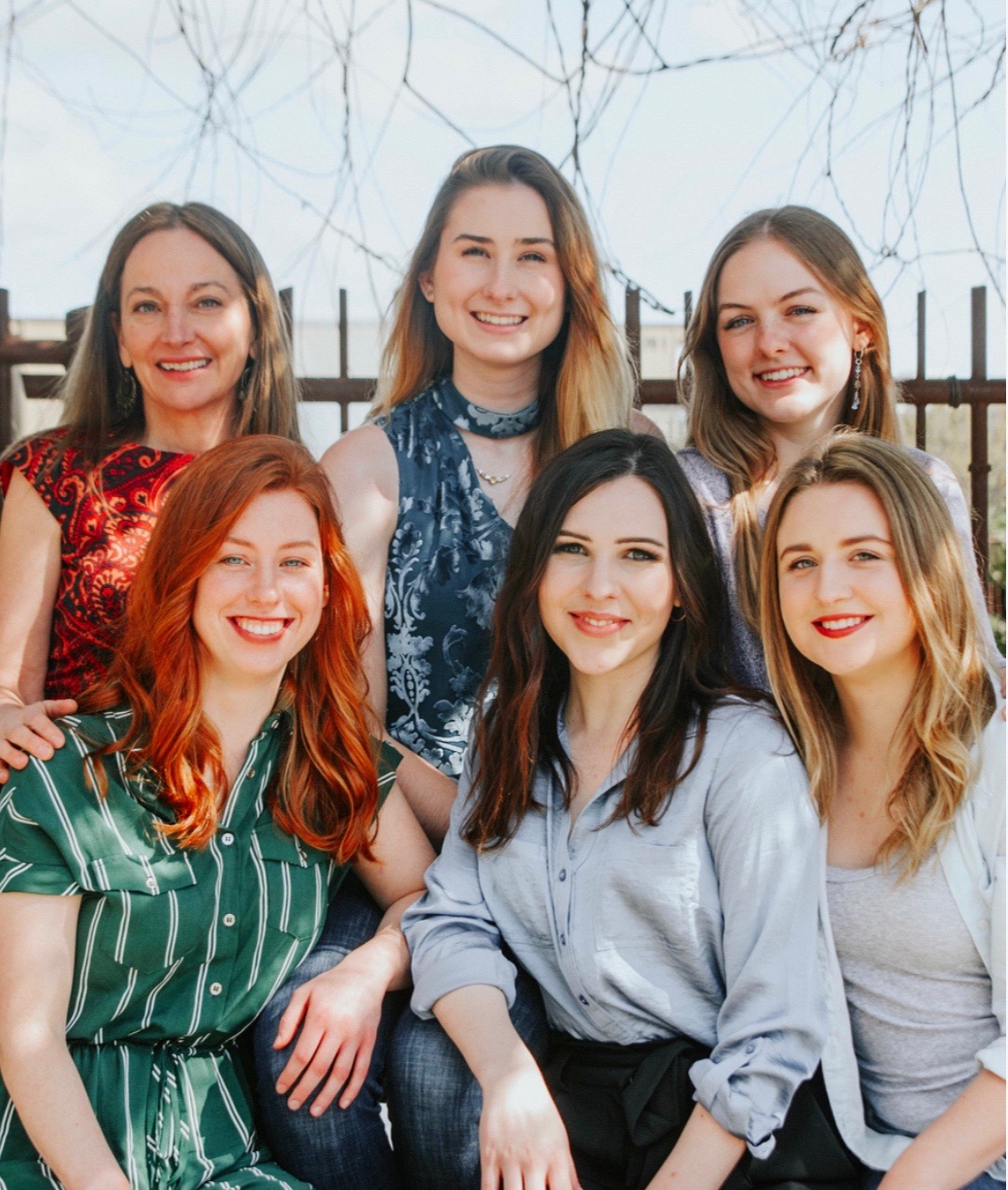 “I don’t want a single one of you to leave here tonight thinking you’ve done anything other than kick some serious butt this semester,” laughed Alex Zenner, the president of Roundhouse News and Review. She addressed the attentive crowd of 40 family, friends and local supporters gathered to celebrate the launch of Sierra College’s latest online intercultural news publication. “Tonight, we shared in ideas of what Roundhouse can become – a place for community, a place for voices of all kinds. I couldn’t be more proud of us.” Students on the founding editorial team shared knowing smiles, understanding our term developing Roundhouse, a collective brainchild, was coming to close.

“Yet, this is just the beginning,” I thought, gazing at the crowd. “Roundhouse is public now. The site doesn’t belong to just us anymore. It’s for everyone.” As Roundhouse’s Community Engagement and Communications Director, I connected the editorial team and the public through graphic design, in-person meetings, food and email. In short, my job was to listen to the stories, interests and values of Sierra community members.

“Thankfully, I didn’t have to monitor you—leave that to Amazon or Facebook,” I joked with the audience. “I just sent emails, knocked on doors, asked questions and let you do the talking.”

“People are being really siloed by news,” argues Jen Vernon, Roundhouse Co-advisor and Communication Professor. “It’s not nefarious newsmakers behind the scenes, but something’s happening where we don’t have common ground.”

Roundhouse gives home to the voices of Sierra students, staff, faculty, alumni and community across all four campuses as their experiences intersect with local values, commitments and priorities.

As my term closes and I reflect on the intersections of community, democracy and journalism, I’m documenting my recollection of Roundhouse’s founding for those who will come after and claim the publication as their home.

I. The Set Up
In a “post-truth era,” national distrust of media and politics pervades popular culture. When polled by Gallup, 69 percent of American adults (including 95 percent of political conservatives) reported declining trust in news media over the past decade. Roundhouse counteracts these national trends in the Sierra region through community-driven, dogged reporting. In addition to being news authors and agenda-setters, student-journalists often harbor strong communal ties and identify with those affected by news. To change how and what Roundhouse reports, we develop transparent, open relationships with the public. The resulting collaborative news stories often include perspectives historically excluded from mainstream coverage.

With the aim of establishing Roundhouse as an equity-focused digital townsquare, the team gathered every Friday afternoon throughout spring semester to research, collaborate and define Roundhouse’s mission. We chose the name Roundhouse News and Review to reference local railroad history (roundhouses turned trains around, symbolic of “transformative learning and life redesign”), indigenous spaces for healing and cultural survival (representative of the publication’s commitment to intersectional, culturally-oriented reporting) and the famous roundhouse kick (as a symbol of empowerment).

Eventually, we outgrew the book-lined walls of a small faculty office and came to call the beige cedar blocks of a nearby classroom our Roundhouse headquarters. Spring sun often peeped through a high window to illuminate our hodge-podge circle of desks, half-eaten snacks, laptops and cell phones. A collection of “We are the Future” posters featured youth fighting various injustices (environmental unsustainability, legislative injustice and queer marginalization, to name a few) to teach equity-minded advocacy.

Within these walls, we learned to become journalists mindful of intercultural equity issues, collaborating online and offline to create a proper digital home for our community’s real-world stories.

As Alex said, we learned to “lean into discomfort, grow from it, and produce content” with different perspectives and due justice.

“Roundhouse…strengthens the community [so] all understand each other,” noted Olivia Joyce, the Social Media Director for Roundhouse. “We know each others’ stories, we understand where we’re coming from and we can open ourselves to other people to become a stronger community as a whole.”

Yet, for all its glory, many tenets of engaged journalism are currently “divorced from the everyday workflows and systems of editorial teams,” attests Dr. Lindsay Green-Barber, editor of The Impact Architects. Many modern newsrooms do not accurately reflect the larger public, indirectly impacting what and how stories get reported. On average, newsrooms are 61 percent male and 77 percent non-Hispanic white—12 percent and 8 percent higher, respectively, than the average US workforce. According to 2016 data from the American Society of News Editors, “nationally, Hispanic, black and Asian women make up less than 5 percent of newsroom personnel at traditional print and online news publications.” Lacking proper representation in newsrooms, issues affecting historically disenfranchised groups often do not receive adequate or appropriate coverage in mainstream news. 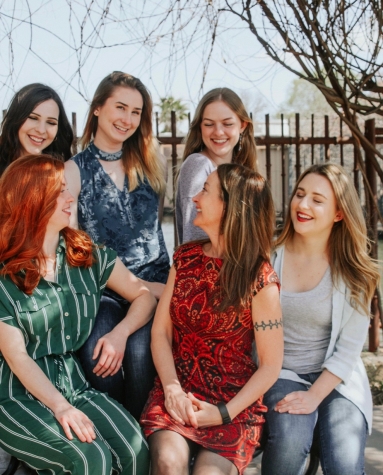 Roundhouse empowers communities often ignored or disenfranchised by traditional journalistic practices through proactive, in-person outreach. “Because of the segregated communities in which we live, we can’t expect people from different walks of life to naturally gather or get along,” writes jesikah maria ross, Senior Community Engagement Strategist at Capital Public Radio. “It takes active outreach, a sincere and welcoming invitation and structured conversation.”

So, we brought food (Olivia masterfully baked cakes and treats), flyers and invitations to engage key stakeholders at their events and potlucks—meeting them in environments where they felt comfortable. We leaned into personal discomfort as community members shared opinions, cultures and lived experiences unfamiliar to us. We shaped Roundhouse to digitally embody these offline interactions—connecting communities through casual conversation.

As a team, we solicited local groups to claim and name subsections within larger themes. “Each group has a space where they, right off the bat, see they’re represented instead of throwing them all under one category of diversity,” noted Tara Gnewikow, the Expression editor for Roundhouse. “It would encourage [those who claim that identity], I hope, to write something to fill that space.”

The Crossroads section, for example, gives home to Sierra’s many intersecting identities and experiences. Crossroads subsections express prominent identities in the Sierra community using the community’s preferred language. Veterans of Sierra College named their subcategory “Got Your Six” after a common military expressing support. Local LGBTQ+ student organizations approved the subcategory “Queery.” We encourage communities to claim more spaces, sparking discussion and expanding our shared understanding of who we are as a community and democracy.

II. Preparing to Launch
Emboldened by the idea of Roundhouse as it could be, we collaborated daily to realize the publication’s potential. We planned our virtual launch for May 9 and scheduled a public celebration for that evening. Regular meetings turned conversations and checklists to concrete reality.

No team member worked for recognition or praise; we developed Roundhouse with an uncompromising commitment to collaboration, equity and journalism. Yet, balancing paid work, academic assignments and Roundhouse’s rigors proved challenging as to-dos grew longer and time became shorter. To launch the publication in due form, well-thought-out stories needed impactful, high-res photography. Headshots needed to be scheduled and edited by Alex. Personalized invites needed timely online and offline delivery. For Alex and I, surprises needed coordinating.

With a narrow focus on hyperlocal reporting, Roundhouse unites journalists and community to create a digital writing home with dedicated rooms for varying voices to live.

With one week to launch, our calendars filled with emergency online and offline meetings to finalize details, plaster flyers around campus and publish last-minute stories. Though the launch party symbolized an end for many team members continuing onto four-year universities, the celebration connected dissimilar campus groups and invited future students to join the Roundhouse team. We invited interested students to envision themselves as key players inspiring and actualizing Roundhouse’s future pursuits.

III. Launch
Powered by a 21-hour workday, three hours of sleep and caffeine, the team and I turned an average May Thursday into a launch party bonanza. Gold and black balloons dotted the tile flooring of Sierra College’s Wolverine Lounge. Tables scattered with Jolly Ranchers featured decorative flyers and country flowers perched in mason jars. White curtains framed a handmade photo booth: a three-foot poster board cut out featuring Roundhouse’s logo, flowers and spray-painted gold accents. Guests entered under intertwined streamers, ears perked to the tunes of a curated playlist, before meandering over to sample homemade dishes, warm noodles, rich desserts and fizzy drinks. At 6:05 p.m., the festivities commenced.

We envisioned our launch as the offline manifestation of Roundhouse’s online spirit. We oriented the space to encourage conversation and designed opportunities for chance connection. Our suggestion box became a meeting place for students and faculty alike to give opinions. High top tables and open seating invited conversation between attendees.

The event embodied the synergistic power of community when captivated by story. Stories, speeches and speakers moved attendees to recognize the power of Roundhouse as a hub for student and faculty collaboration to bring about a better understanding of ourselves as a community connected by intercultural experience.

The event was a metaphorical love letter to community and an open invitation for all to join Roundhouse.

IV. Final Thoughts
Saying goodbye is hard. “It’s always hard…when new people come in and the vision changes,” attests English Professor and Roundhouse Co-advisor Tricia Caspers. “[Yet,] I see so many young people doing so many amazing things—starting movements and shaking up the world. I think it’s amazing. I just love that being in Roundhouse I get a little glimpse of that up close, and it just makes me hopeful for the future.”

Journalists capture the world as it is today, so communities can imagine how they want it to look tomorrow. Local residents learn about themselves through the stories, photos, videos and interviews of journalists committed to local values.

Our publication invites Sierra students, faculty, staff, alumni and community to embrace local diversity as tools to construct conversations that help us understand ourselves. Roundhouse Vice President Becca Bernstein says “When you highlight what diversity brings—it adds to the community, and we’re better for it—it can take away ignorance and fear, and people can get along better.”

As our term as Roundhouse’s inaugural editorial team closes, we give the publication to the people. We created Roundhouse to empower community members with a publication respectful of their authorial voices and authentic experiences.

We believe conversations of consequence are best received when infused with creative expression and underlying assumptions of goodwill.

As such, Roundhouse cannot fulfill its commitment to intercultural equity without constructive collaboration with community members. Submitting features, reviews, audio clips, or videos knits the community tighter though shared story. To ensure Roundhouse’s continued success, the succeeding team and community must speak truth when they wish to remain silent and challenge one another to embrace the fear of exclusion and failure in order to stand up for inclusion and equity.