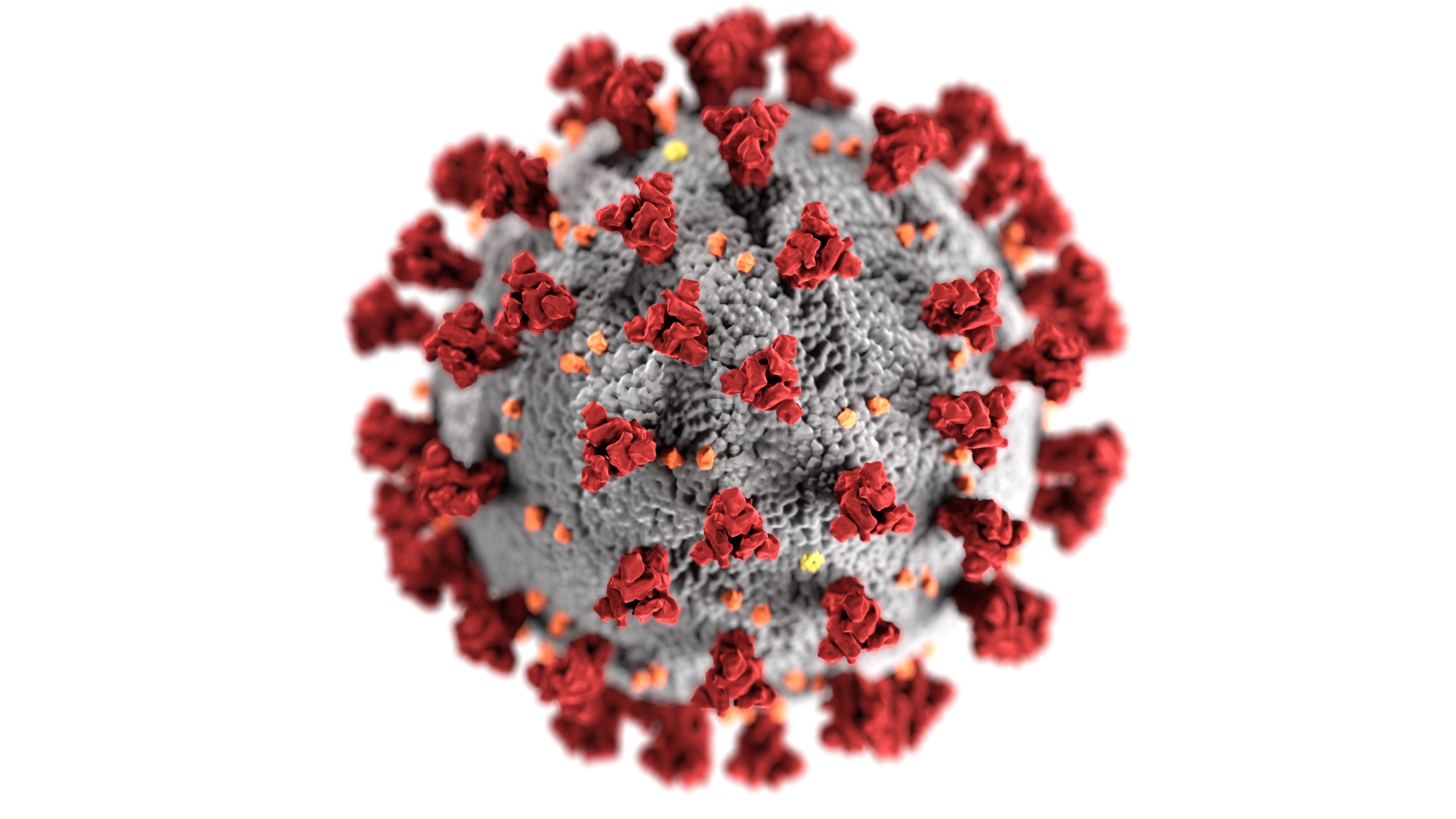 I. Life in the Dorms during COVID-19

COVID-19 has affected everybody’s lives in a bad way. People are dying from the disease, businesses are losing money, people are being laid off from their jobs, K-12 and college students are doing online schooling, and some students did not even get to finish their sports season and will not even get to walk across the stage to get their diploma. One of the situations in college that has been affected in a big way is students living in the dorms, especially the ones who are from out of state and country. Some students struggled to find a place to live ever since the college dorms around the United States closed down.

According to the article, “Students Scramble After Dorms Closed,” a student named Soto said, “I get that Columbia is trying to make a decision to keep us safe, but if anything, this just worsened my life…if anything, it has put a lot of students at risk.” There are students who live in other states and do not have any transportation and/or money to get to their home. Then there are students who live out of the country who definitely cannot go back home because there are travel bans overseas.

An international student from Vietnam named, Jasmine Pham who goes to a university in New York City, expressed fears of going back home and possibly getting the virus. According to the article, “International Students and COVID 19: Transitioning, Travel, and Time Zones,” Pham states, “I couldn’t go home because it just takes so much work,” listing concerns such as transportation and the time difference, among others. Pham said further, “What if I catch the virus on my way home? I don’t want to spread it out to everyone else! So, the best option for me was staying still.” Some International students had a choice to go back to their homes but at the same time, they had fears of getting the virus on their way to their country.

II. Getting the News in the Dorms at Sierra

When the United States went on lock-down, things changed quickly in the dorms at Sierra College. The RAs, or resident advisers who oversee the dorms, were asking all the residents if they had a place to stay if the dorms had to be shut down due to the possibility of everything shutting down. Before it was confirmed, there were a few residents that were already leaving because they felt the virus would get worse to the point where the dorms would be shut down.

When everybody got the email that the dorms were shutting down, the whole vibe changed. People seemed irritated and sad because for one, we are all in the middle of the semester and students are focusing on getting good grades; secondly, people would have to leave their friends and would not be able to see them for a while.

The move out date was March 23rd, 2020 but before that day came, people would move out day-by-day. Every time I saw someone moving out of the dorm, they seemed annoyed because they were doing something that they thought they were going to be doing at the end of May, not in the middle of March. One of my friends who moved out before the 23rd was crying that he had to leave the dorms early to go back to Las Vegas because he loved being in Sacramento. After the move out date passed, the dorms were cold and super quiet.

There were times when me and my friend/roommate, Emmanuel Dudley, or “Manny” as I call him, felt like we were all alone, though we knew there were two RAs and probably six more residents left.  In the beginning, we had over fifty residents living in the dorms. Once Manny left, I truly felt like I was the only person in the dorms. It did not bother me, but it just felt weird.

III. Living and Working thru It

When I first heard about it, it was like any other day. I am at the gym after work and I see on the news that Sacramento has the first case of Coronavirus. I did not think anything of it or really take it seriously, because I remember when Ebola came, it was only relevant for a few months then it went away. So, I thought the Coronavirus was going to be the same thing. The next day, my mom called me and told me to be careful and I just brushed it off because I was not taking it seriously. Fast-forward a couple of weeks later, I was with some friends watching a UFC fight and we were all on our phone during break between fights and that is when we found out about the first death in Nor-Cal due to COVID-19. It was after this when everything changed.

Within a week, there were talks about the whole United States going on a lock-down because this virus went from being small to spreading like a wildfire and before you know it the whole United States is concerned that they might be infected. Everybody started going to stores to buy up all the soap, hand sanitizers, masks, food, etc. I work at the McClellan Military Commissary and it was packed the whole weekend, customers were putting everything out of stock due to this virus.

I also work at Home Depot in Lincoln, and every time I went to work, customers kept on asking for hand sanitizer. But every time I checked, the hand sanitizers were all out. Once the lock-down was official, not only all the cleaning stuff was being bought out, but water and toilet paper was sold out, too. I work on the freight team and we usually keep a pack of water in the fridge when we are doing the truck, but because the water was sold out, we did not have any water for a couple of days.

During that busy weekend I get an email from my school telling me everybody will be going online until the end of Spring Break. When I got back to the dorms after work, there were talks about possibilities of shutting the dorms down. Knowing me I always had hope that things would get better but within the next week everything changed for everybody in the dorms, including  Manny and I.

Manny is an eighteen year old young man from Charlotte, North Carolina who came to Sacramento, California to go to Sierra College to major in Engineering. He wanted to get out of his comfort zone to experience something different. When Manny first learned about COVID-19 he said: “I heard about it on Instagram. I honestly thought it was a meme or something fake until I started seeing more and more things about it, so I googled it and I saw that it was an actual virus that was in China. So, I did not think too much of it, I just thought it was going to stay in China, they’ll beat it, they’ll find a cure or the people who have it will die out and it will stop the spread of it. I did not think it was going to come to the U.S. and affect it or affect the entire world.”

IV. The Impact of Moving on Studies

When COVID-19 happened, like me, Manny did not take it seriously until we got the news that we had to move out. In an interview that I did with him, we talked about the COVID-19 situation and how it was affecting students, especially the ones who were out-of-state. Once everything went online a lot of students, including Manny, were stressed out by the move because nobody was prepared for online learning, everybody in the dorm was there to be in a classroom.

One of the questions I asked Manny was, how has it impacted his studies. He said: “It’s making studies a lot harder because you have to worry about this pandemic, trying to maintain school, and were all trying to move at the same time.”

As an Engineering major, Manny is taking hard math and science classes, so to take those elite classes and have to move out of the dorm can put a ton of pressure on a person. This could make a person fall behind in their classes, although he never did, but he did struggle in the beginning. Not only was it a struggle with online classes but he did not have the money to buy a plane ticket to Charlotte and one thing he did not want to do was jump from friend’s house to friend’s house. Luckily, his brother was able to send him money for the ticket home. I stayed with him until he left, then I left. I had to stay in the dorms for one more week due to my father having a cold. He wanted me to wait until he was better and so he could sanitize everything.

When the day came for me to leave to go down to San Diego to stay at my dad’s, it was weird. It was more quiet than normal, I’m in the middle of the semester moving out where originally, I was supposed to be doing this in the last week of May. It was a depressed, rainy day as I was driving from Sacramento to SoCal. There were not that many cars on the road, even in L.A., and that’s a packed city.

A month later, after being moved out of the dorms, I interviewed Manny and I asked how he was doing with his life and studies and if his thoughts on COVID-19 had changed. He said, “I definitely think people need to take it seriously, now that it is starting to kill a lot of people.” After having to move out of the dorm and hearing that a lot more people are dying from the virus, Manny realized that this is a pandemic that needs to be taken seriously. He even changed his mind on how things went with the closing of the dorms situation. “Part of me wishes we could all stay in the dorm, but I understand why it’s easy for everyone to go back home, but you still have students who do not have a home here. I think that they should have factored everyone’s story a little bit better, but I think overall it’s a good thing that everyone was sent home because now they are with family,” said Manny.

Manny realized people needed to go home to be with their family because you never know, it could be their last day on earth due to this virus. Things only got worse for Manny when he realized that the county that he returned to has the highest rate of COVID-19 in his state. “My county has the highest number of COVID-19 cases within all of North Carolina,” he said. It is so bad in his county that he is required to wear a mask when he leaves the house. Still, Manny is doing good. He is staying safe and healthy at his dad’s house, just working out, watching TV, talking to friends and doing homework.

As for COVID-19, things are starting to calm down just a little bit, but it’s going to be a while before everything goes back to normal. And while school will continue online, many campuses in California including Sierra College will be shut down for the summer and fall semester, and plan to reopen in spring of 2021.