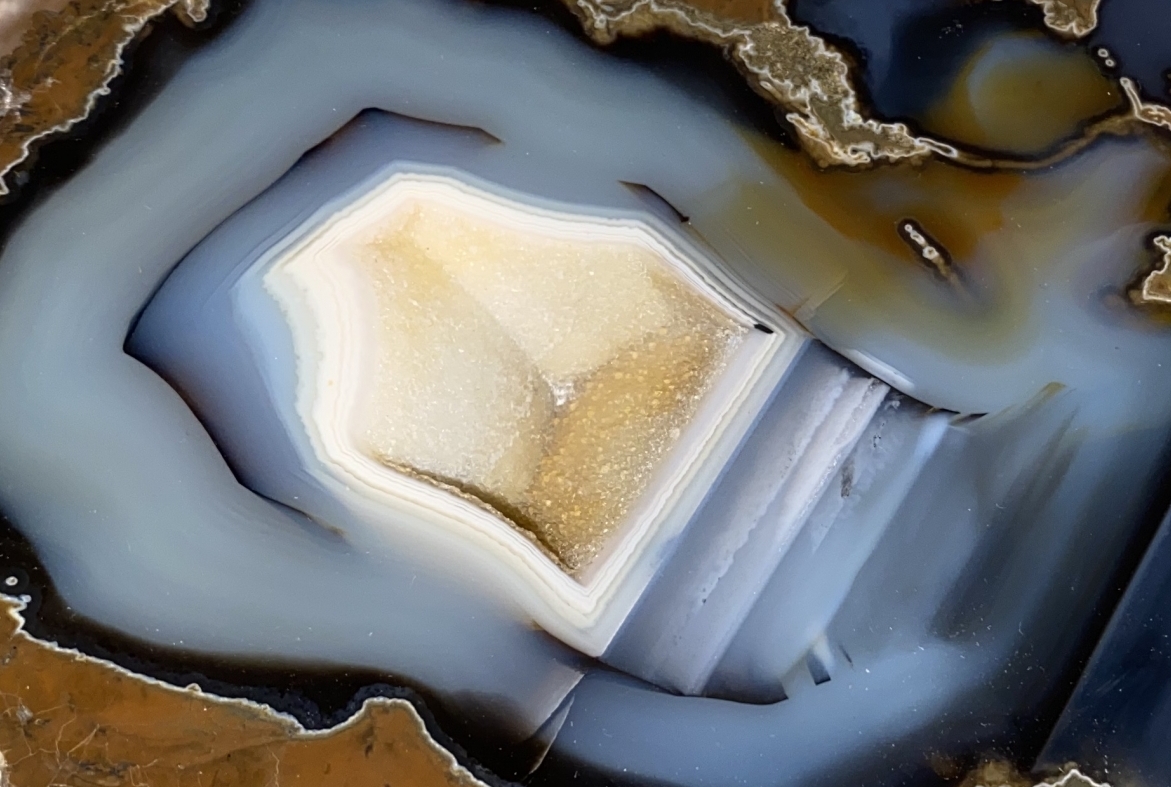 When I used to think of things like the Dust Bowl, Dr. Pepper, or rock hounding, I did not feel any sense of significance or connection to them, but after interviewing my grandfather, I became a lot more interested in all three. While he is not my biological grandfather, I have grown up knowing Rod Reber as my grandpa, or papa, all my life, and it was fascinating to learn so much more about him. There are a lot of differences between his generation and mine, but in each of his stories and responses to my questions, I found some way of relating them back to my life.

From Hominy to Sacramento

An important part of my grandpa’s history comes from his mother and her family migrating to Sacramento, California from Hominy, Oklahoma during the Dust Bowl. I remember learning about the Dust Bowl in my history classes but having known someone who lived through it brings a whole new perspective to the table.

My grandfather’s mother: I knew her as Grandma June, grew up in Hominy, but when the dust storms swept through the Midwest in the 1930s, she and her family packed up and moved to California. My grandpa remembers his mom telling him how, “jobs were scarce,” and that is why her parents decided to move.

I wonder how different my life may have been if her parents had never decided to move to California, if she had never met my great grandfather, had my grandpa, and if my grandpa had never married my grandmother, but I do not want to imagine life without him.  I have lived in California my whole life, it is my home, and one thing my family has always emphasized is how important it is to always live close to family.

Spending so much time with my grandma and grandpa and all the rest of my family during my childhood, and even now, has created such a strong bond between us that I cannot imagine living far away from them. So, I think my great-great-grandparents’ decision to settle in California, and my great grandmother and then my grandfather’s decision to stay here, has influenced my desire for stability and constant connection to my family. And I would not want it any other way.

Another significant way I think my grandpa’s life history and culture has impacted my life and values is through his ideas and his parents’ ideas of medicine. In one story he recalled about his mother, he said she would always drink Dr. Pepper because it was supposed to be drank every day at 10am, 2pm, and 4pm. When he said that, I laughed because I have been taught how sugary and unhealthy soda is, but he was serious that this is what his mother believed.

He explained that soda was marketed as an “elixir” and that the logo on the Dr. Pepper bottle actually used to have a clockface that shows the numbers ten, two, and four. I had to Google a picture of it and was surprised to see he was right, and I needed to know more about this story of Grandma June drinking soda every day. He said she believed it was “a healthy medicine” and that back then:

“People had to come up with their own kind of ways of having medicine, because a lot of the medicine we have today wasn’t even created then.”

While his mother may not have had all the information that we have now about medicine, my grandpa definitely believes in going to the doctor and that has been instilled in my parents and me.  I have always been taught that medicine, vaccinations, and doctors are imperative to staying healthy, and I’ve experienced the rapid recovery from sickness that they provide.  So, even though my great grandmother believed that soda was a form of medicine, she at least believed in wanting to stay healthy, and I think that is a major value that has been passed down to me.

Finally, my favorite story by far that my grandfather told me in the interview was the one about rock hounding. I had never even heard of this activity until he shared that it was his parents’ frequent hobby and that he would travel with them whenever they went rock hounding, which is when they would, “go out, dig around, pull out a rock, cut it up into pieces and polish it.” He said:

“I did my part in digging out chunks of dirty old rocks that turned out to clean up.”

Once he explained the process, I remembered the beautiful rocks he had given to my family and that I had seen many times at my grandparent’s house, and I even have one now, sitting on my dresser in my room.  I also remembered my younger brother Dillon and I participating in our own form of rock hounding when we were younger, which was looking for any shiny or colorful rocks hidden just below the dirt in my grandma and grandpa’s backyard.

It was easy when my grandpa was always working outside on some project and some part of ground was just dirt and rocks.  I think the part of me that always wants to find the beauty in things comes in part from this hobby of rock hounding that my great grandparents have passed down because in the interview, my grandpa said they did it specifically, “with the purpose of beautifying the world.”

Overall, I think the differences between myself and my grandparents, great-grandparents, and even great-great-grandparents are outweighed by the core values that have been passed down to me.  These values of being close to my family, believing in living a healthy life, and always trying to see the beauty in our broken world have made me who I am today, and I am proud to be able to pass them down to my children and grandchildren someday.